A Storm, an Old Willow, and a Squirrel

A strong thunderstorm went over Sauk Centre - and quite a few other parts of central Minnesota - this evening.

Right now, about ten minutes before 10:00 p.m. CDT, the line of storms that our bit of excitement was part of seems to be mostly in southern Minnesota and Wisconsin: and still going strong.

It looks like our part of the world fared pretty well. The St. Cloud Times' headline is a good summary: "Heavy storm leaves mostly minor damage in Central Minnesota." (Mark Sommerhauser, TaLeiza Calloway, St. Cloud Times (July 27, 2010)) According to the article we had around 60 mile an hour wind gusts. Over in Morrison County, ligntning blew a smallish hole in the side of one family's home, and damaged another family's phone box. The folks with the perforated house were in the basement at time time, and weren't hurt.

When we looked out the east door, after the storm had moved on, we had a much better view of the sky than we'd had before. The top and north side of the old willow tree in our back yard wasn't there. 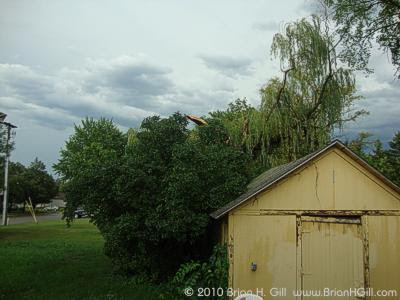 At that point, I thought it would be a matter of getting someone to cut the fallen branches to workable lengths and haul them off: then wait for the tree to grow to its full height again. That willow has weathered a great many storms.

Walking round to the other side of the tree, though: I'm not so sure it'll come back this time. Or that it's a good idea to let it re-grow the upper works. 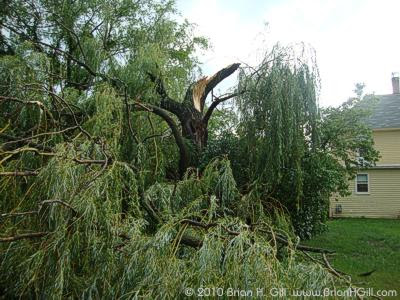 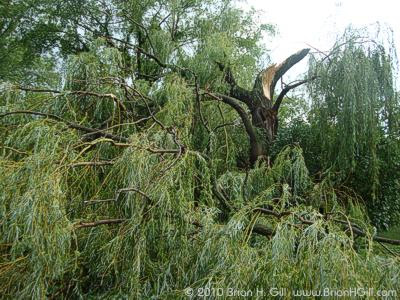 A few minutes after six, I noticed a squirrel on the stub of a branch, on the one remaining top trunk of the tree. It had stepped out, a bit like a homeowner coming out on the front stoop to look around after a storm. Which it probably was doing: Quite a few squirrels lived in that old willow. After looking around, the squirrel sat up and started rather vigorously grooming its tail.

Later in the evening, I heard an unfamiliar bird squawking. My guess is that it's another dispossessed critter from the tree.

Still later, we got this sunset: 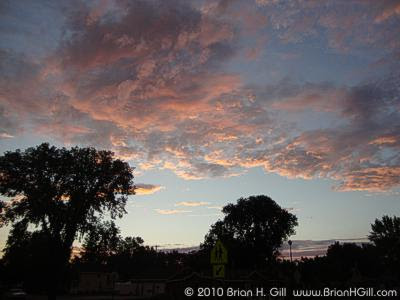 Meanwhile, I've made about 150 tickets for the Knights of Columbus bingo workers. We're getting ready to be at the 'bingo booth' at the Stearns County Fair again this year.
Posted by Brian H. Gill at 9:45 PM 5 comments:

No Sinclair Lewis Days parade this year, for obvious reasons: 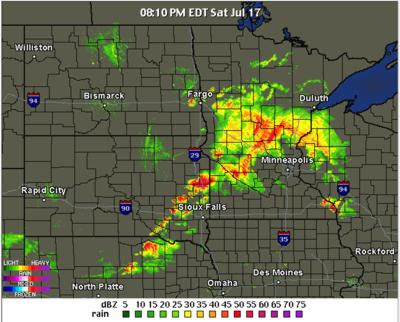 There's a tornado watch in effect until 8:00 p.m. CDT, but it doesn't look like we'll get another severe storm.

By about 7:10, when I did a screen grab of that radar image, the folks who had set out chairs (and, in the case of one household, two sofas) to watch the parade had packed their things and moved on.

It's disappointing: but at least I haven't heard of any damage, or anybody being hurt by today's storms. 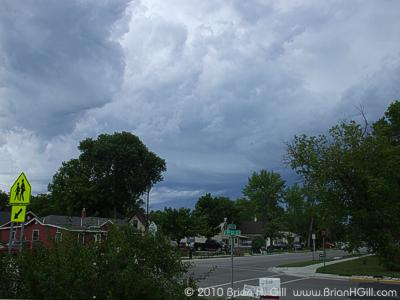 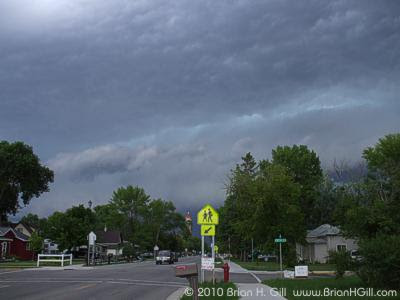 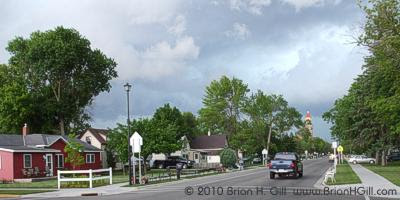 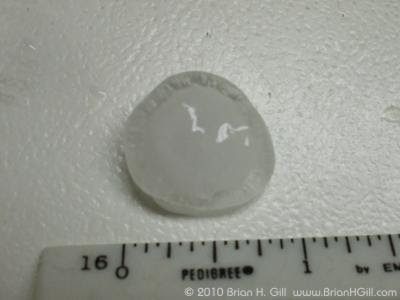 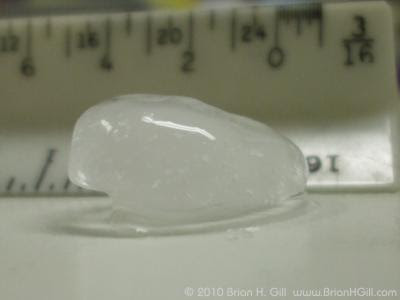 Another tornado warning's out for this area - the strongly rotating storm seems to be going past Sauk Centre.

A Tornado Warning, a Hard Drive, Frustration, and a Hummingbird

Sometime after 2:00 this afternoon I saw gray sky out the living room window. Stepping closer, I saw a spectacular thunderhead growing. 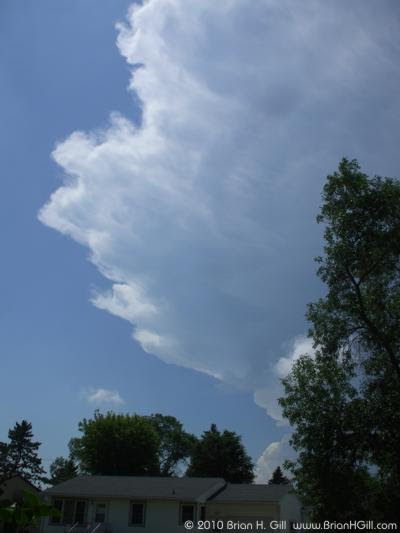 I put more photos in today's post of the Sauk Centre Journal Blog.

We heard that a tornado had been sighted east of Glenwood - maybe 20 miles east of us.

Then, right around 3:00 p.m., the sirens went off and my wife, kids (the two at home) and I walked to the basement. No real rush - but we didn't dawdle, either.

Eventually the sirens stopped, we went up stairs, and watched a whole lot of rain come down.

We didn't even get hail. Not that I noticed, anyway.

Other than that, I've been having a frustrating time finding stuff to clear off my hard drive. It feels a little like bailing out a cruise ship with a five-gallon bucket: lots of work, and not much to show for it. Objectively, I know that I cleared a little over a gigabyte of memory. Oh, well.

Hummingbirds have definitely discovered the feeder. Just before I started writing this post one came - fueling up for the night, I suspect.
Posted by Brian H. Gill at 8:43 PM No comments: