As I've said before, I think that being a parent is a permanent occupation.What's changing, now that my wife and I are easing into the 'empty nest' phase, is what sort of issues come up.

For the last few decades, 'being a parent' has involved changing diapers, getting up in the small hours of the night, and dealing with education and larger sets of clothing.

Now that more of the kids are out of the house, we keep in touch by telephone and correspondence (e- and otherwise): and occasionally get more-or-less distressing news. The latest medical crisis obliged me to spend a week in North Dakota, filling in for the boss at a candle factory. (September 16, 2012)

Yesterday, #1 daughter called, using her cell phone. She was less than a thousand feet outside West Union, just west of Sauk Centre. Her car had shuddered, the motor stopped, at which point she lost power steering - but could coast to a safe stop.

After letting us know what happened, she called a towing service and got the car and herself to a garage on the north side: where the automobile was declared DOA. Metal shreds in the oil indicated that something had gone catastrophically wrong with the engine.

The good news is that the chap at the garage said that it definitely wasn't her fault.

In principle, the engine could be replaced: in practice, that would cost about as much as the car is worth, so we're looking at alternatives. #1 daughter and I spent most of this morning looking at used vehicles, and have a half-dozen or so 'possibles' to consider. Next step is to figure out what she can afford.

The good news is that my life hasn't been boring. Ever.

Another Month, Another Unexpected Drive

Being a parent doesn't end when the kids move out. What changes is the job description.

Last month, #1 daughter needed a ride. Normally, I wouldn't do this sort of thing: but there was a medical angle involved, and she lives only 20 minutes or so down the road. (August 13, 2012)

This month, #2 daughter and her husband were on vacation in Louisiana. Last weekend we got a late-night phone call.

The good news is that #2 daughter survived, and is recovering. The bad news: she experienced a medical emergency that included losing about two liters of blood. She's five-foot-nothing, so that's a lot of her usual supply.

More good news: my son-in-law's family is is Louisiana: so the two of them had good folks to stay with.

My son-in-law and #2 daughter started a candle manufacturing company, and turned an old potato warehouse into a factory recently. They've got a good staff, so taking a few days off wasn't a concern. 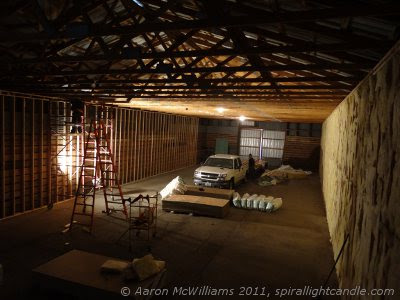 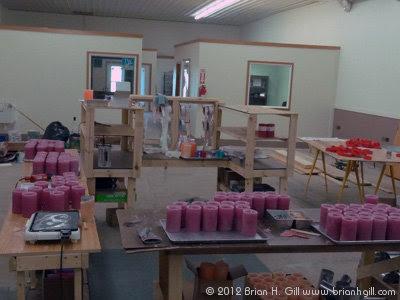 All we knew last weekend was that #2 daughter had been taken first to a hospital's emergency room, and then checked in for an indefinite stay. Job one for the family was to keep praying: while doctors worked at figuring out what was causing the problems. After that, there was the factory to consider.

My son-in-law had set things up with the assumption that he'd be back soon: not for an indefinitely long time. I knew in a general way what should be happening there, so my wife packed me up and I headed for North Dakota.

Meanwhile, my son-in-law wrote up a to-do list, highlighting tasks that I could at least start while I was at the factory. My main function was to be a set of eyes and hands on-site, so that he could see what was happening, and take action if need be.

As it turned out, the week I spent up there was fairly uneventful, apart from my working though a few of the highlighted tasks.

Things are getting back to normal now, with me back in Sauk Centre and the kids up in North Dakota. As I've said before, I'm not a 40-year-old kid any more: so I expect to spend a few days just resting up from my week as 'acting boss' at the factory.